How to Deal with HOA Bullies 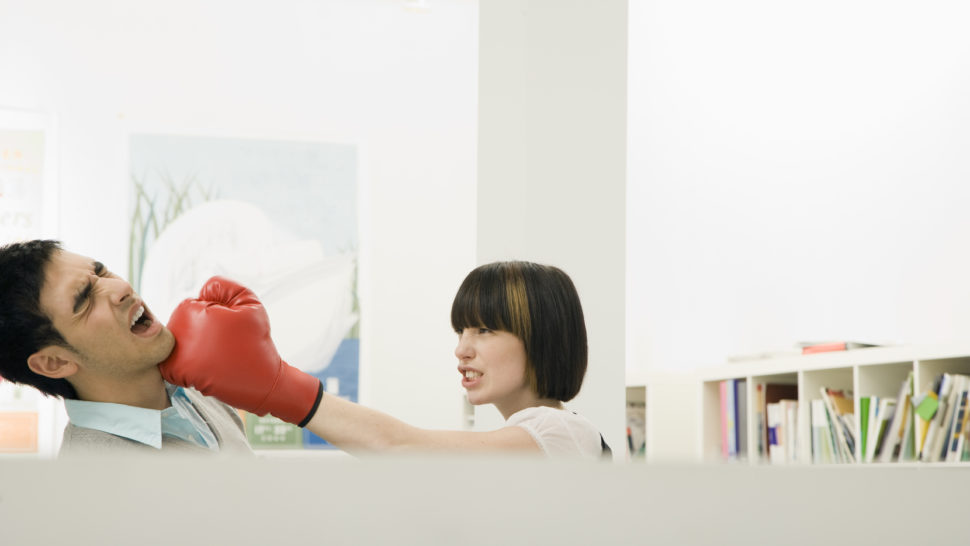 Does your board president rule with an iron first? You don’t have to put up with it.

Maybe she’s been running the association single-handedly forever. Or perhaps he’s been a big shot in the business world and is certain the community needs his iron fist. Whatever the motivation, the homeowners association president becomes a dictator.

In meetings, bullies can intimidate fellow board members, the manager and association members. They insist on doing things their way. They refuse to entertain dissenting opinions.

Behind the scenes, they can be just as disruptive. They steer contracts to certain vendors and refuse to sign board-approved deals with others. They tell maintenance personnel exactly how to mow the lawn or clean the pool. They threaten homeowners over minor or perceived rules infractions.

But experts in association law and governance are unanimous in their opinion that bullies can be deposed. Boards and owners have the power to remove an association president who behaves miserably. It can get ugly, but every now and again, a board or community must stand up to a dictatorial president.

“Many people don’t even know that it can be done,” says Steven J. Weil, president of Royale Management Services in Fort Lauderdale, Fla. “This is probably the hardest thing we have to deal with.”

Under most state laws and association governing documents, say legal experts, the board president has few powers beyond those held by other board members. Generally, the president is authorized to schedule meetings, open and close meetings, and sign certain documents on behalf of the association.

“A president shouldn’t be running around like a CEO,” says Jim Slaughter, a partner with Rossabi Black Slaughter in Greensboro, N.C., and president of CAI’s College of Community Association Lawyers (CCAL). “In a community association, the president is first among equals.”

Most laws and documents also give association boards the power to remove the dictator from the presidency at any time by a simple vote. In almost all cases, the president remains a member of the board, but has no more authority than fellow members.

Experts say there are five basic steps that can be taken to depose a dictator president, starting with the most limited procedure and escalating to the most extreme. If you’re lucky, only the first step will be necessary. Steps four and five are reserved for cases in which everything else has failed; these steps have a lower chance of success and can leave enduring scars on the community.

Step one: Talk to the dictator and seek a change in behavior. “The easiest and best solution, which people don’t do very often, is just go talk to the person,” says Slaughter.

Step two: Study the association’s governing documents and applicable laws. If this hasn’t been done already, pore over these documents with the association’s attorney. Make sure you know exactly how to schedule and conduct a vote to remove the president from office. The parliamentarian—if there is one—or a board member should prepare responses to possible efforts by the president to try to block a vote on removing him or her from that office. Then tell the dictator that such a vote is being scheduled and that it will occur even if he or she objects or fails to attend.

Step three: Vote to remove the president as an officer of the board. In most associations, this can be done at any time and without notice, though the vote can be placed on the agenda for a regular meeting, or a special board meeting can be called for such a purpose. Board members should anticipate anger and bellicosity from the dictator. Some will claim the board doesn’t have the right to remove them and might threaten to go to court. Board members need to hold their ground and refuse to get into shouting matches or other forms of unprofessional behavior.

Step four: Vote to remove the offender from the board. Once in a while a dictator who has been voted out of the presidency digs in and attempts to undercut the new president or even refuses to accept the fact that there is a new president.

Step five: File a lawsuit. This is a rare option, used only when a president takes extreme measures to try to hold on to power. Board members or property owners can seek a judicial order requiring the dictator to take or not take certain actions. Failure to conform puts the dictator at risk of being declared in contempt of court.

It’s not possible to predict how someone will behave once elected to a board or elevated to the role of board president. But there are some behaviors that have become associated with dictators over time and might tip off other board members that the person should be watched closely:

Laura Otto is the Senior Editor of Digital Content at CAI. A seasoned journalist, Laura previously worked for a creative, advocacy agency in Washington, D.C., where she wrote and edited content for a variety of public health clients. Prior to that, Laura served as a senior writer and editor for the George Washington University School of Medicine and Health Sciences. Laura is a graduate of Temple University in Philadelphia.