Does Your HOA Have a Vaping Problem? 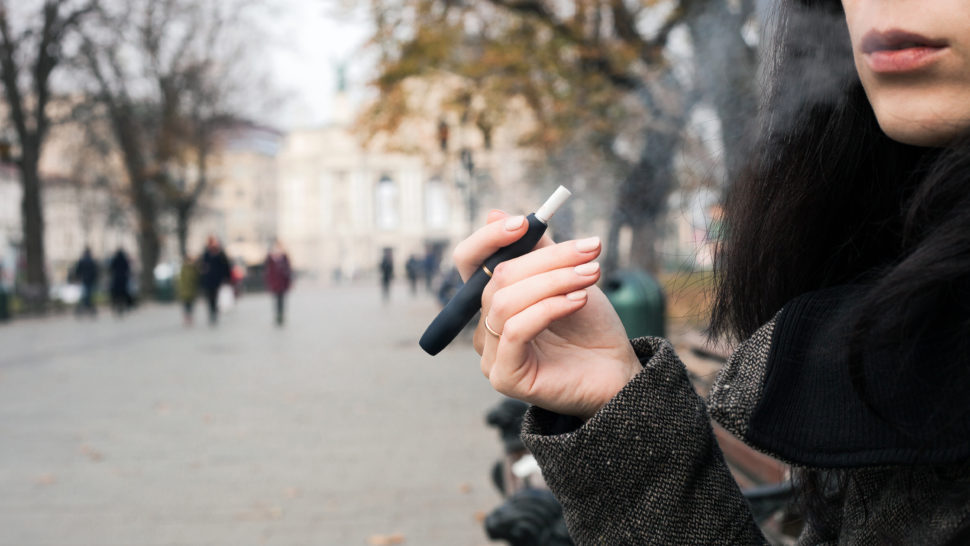 Electronic cigarettes or “e-cigarettes” were first introduced into the U.S. market in the mid-2000s but only recently garnered national attention when e-cigarette smokers began developing mysterious lung injuries, some of which have been fatal. As of July 2019, 8% of Americans reported vaping (smoking an e-cigarette) within the past week, with almost 1 out of every 5 adults ranging in age from 18 to 29 years old reporting they vaped regularly.

In response to the rise of vaping among both 18 to 29-year-olds and school-aged children the federal government raised the minimum age to purchase tobacco products, including e-cigarettes, to 21. As this subset of the American population becomes homeowners, homeowners associations that have only ever addressed the issue of traditional cigarette smoking in their governing documents may find themselves unprepared for the rise in vaping in their community. While there are smoking regulations on the federal and state levels, these regulations are limited in their scope and associations should review their governing documents to determine whether their documents appropriately address this growing issue.

On February 3, 2017, HUD’s Smoke-Free Public Housing Rule became effective, requiring all public housing agencies to implement smoke-free policies by July 31, 2018; however, this three-year-old rule has become outdated as it only prohibits the following tobacco products: Items that involve the ignition and burning of tobacco leaves, such as (but not limited to) cigarettes, cigars, and pipes.

Vaping only heats nicotine to create a water vapor and does not involve the ignition or burning of tobacco and, accordingly, does not fall under HUD’s definition of prohibited tobacco products. This discrepancy is noted by HUD’s smoke-free policy checklist, which lists prohibiting e-cigarettes as a discretionary option.

HUD’s Smoke-Free Public Housing Rule does not apply to most associations as they are not public housing agencies, but it illustrates how many federal and state regulations that address smoking fail to encompass vaping.

What Steps Can Your HOA Take?

The essential question in this case is whether the 1985 board action constituted a rule and regulation or an amendment of the condominium bylaws. While the board has the authority to promulgate reasonable rules and regulations, an amendment requires approval of sixty percent of the co-owners. Because the association did not hold a vote on the 1985 action, a finding that the action was an amendment would render it invalid and unenforceable. The trial court ruled that the board action was an amendment and accordingly granted defendants’ motion for summary disposition. We find that the trial court erred.

Defendants suggest, and we agree, that a rule or regulation is “a tool to implement or manage existing structural law,” while an amendment “presumptively changes existing structural law.” See Black’s Law Dictionary (5th ed). In this case, the existing original bylaw states that “no animals shall be maintained by any co-owner unless specifically approved in writing by the Association.” The 1985 regulation is not inconsistent with the original bylaw and does nothing to change the general rule. The 1985 regulation merely sets out the board’s decision to implement or manage the pet ownership rule by prospectively denying approval of new dogs.

Kayleigh B. Long is an attorney with Hirzel Law, PLC, in Farmington, Mich., and focuses her practice in the areas of appellate law, community association law, and civil litigation.